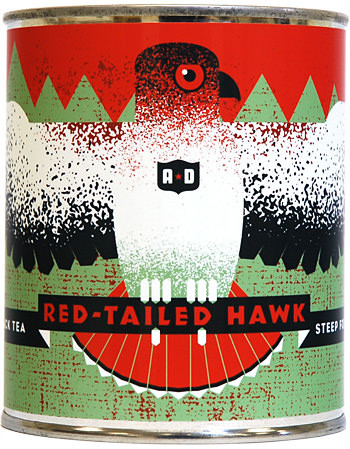 One of the largest birds in North America, the Red-Tailed Hawk is sometimes called a Chicken Hawk. Call it that at your own risk, though, this is a really big bird: Red-Tailed Hawks can typically grow up to 26 inches in length with a wingspan of up to 57 inches.

The Red-Tailed Hawk's preferred habitat is mixed forest and field, but it can be found almost anywhere, from Alaska and the Yukon on down to Central America, north to south, coast to coast. Red-Tailed Hawks can live in deserts and even urban areas. Yes, they can make it in New York, and you can too. The Red-tailed Hawk has adapted well to man-made changes in habitat, using cleared areas for hunting and wooded areas for nesting. Telephone poles make a great perch, as do high bluffs and trees.

Red-Tailed Hawks are known for their brick-red tails, but not all of the 14 subspecies of Red-Tailed Hawks share this coloring. Most have some red in their tails but they are commonly distinguished by their tail markings, size, and the coloration of their undersides.

The Red-Tailed Hawk is a blend of bright, delicious teas from the mountains of India. We like to brew it for a little less than 3 minutes in boiling water for a smooth, fragrant cup. Brew it a little longer for more briskness.